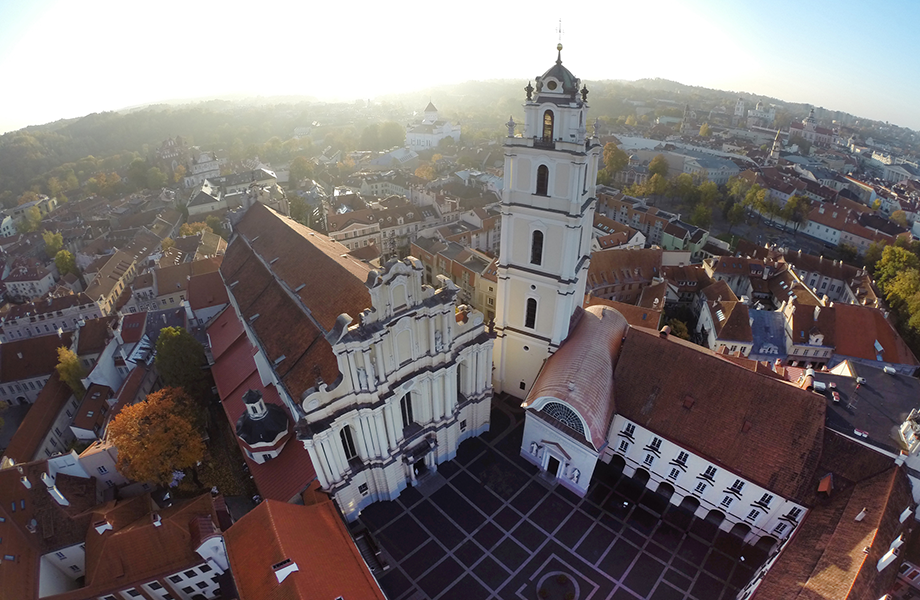 Conference "Translation in a modern society: the changing profile of a translator, ethics, expectations"

“The multilingualism of Lithuanians is surprising”, says Hungarian lecturer at Vilnius University 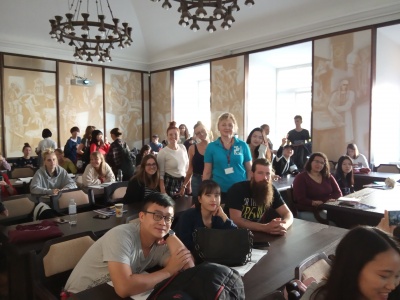 International exchange students at the Faculty of Philology 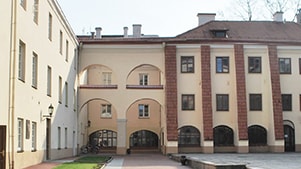 News, events, and achievements of the community of the Faculty of Philology. 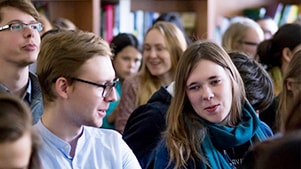 Academic news for students and lecturers. 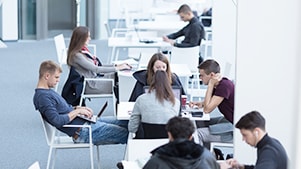 Researches and projects implemented in the Faculty.

On 24-26 January, Vilnius Festival of Lights 2020 is celebrated at #VU for the first time!🌟 The Grand Courtyard, Observatory Courtyard and the courtyards of VU Faculty of Philology and Faculty of History invite you to ...

The aim of the project is to bundle research efforts in the domain of the Baltic verb—a research domain that keeps yielding fascinating results of considerable typological interest. Important work has been done lately on Lithuanian verbal prefixation, the Lithuanian passive, Baltic causatives, Baltic and Slavic middle-voice reflexives and the constructions in which they occur, the tense systems of the Baltic verb etc. A collective research endeavour can afford opportunities not only for an in-depth discussion of many still unresolved problems, but also for thorough, corpus-based empirical research that constitutes a precondition for gaining fundamentally new insights into the functioning of the grammatical categories of the Baltic verb.

In our project we have roughly singled our three thematic groups that will be reflected in the three volumes of articles we intend to produce as the outcome of our research. Between these three domains, there will, of course, be many interactions.

A first thematic group that will be highlighted in the project is ‘minor verbal grams’. By this we mean, on the one hand, grams with a more restricted distribution (like the Lithuanian avertive in buvo beišeinąs ‘was about to go out’) and, on the other, constructional idioms (like the Lithuanian mirative imperative in Nu ir pasisek tu man taip! ‘imagine such a stroke of bad luck’). These can afford no less important insights into the functioning of grammar than the major grammatical correlations running through the whole verbal system, and indeed in the constructional spirit that increasingly pervades grammatical research nowadays there is no rigid line of division between the two.

Apart from the minor grams, we have singled out two major thematic domains: TAME (Tense-Aspect-Mood-Evidentiality) and Voice.

In the TAME domain it is on the three first components—Tense, Aspect and Mood—that we will concentrate (evidentiality in Baltic has been receiving quite a lot of attention lately, so it will figure only marginally in our project). The perfect is a gram about which much has been written but not everything is known; both Latvian and Lithuanian have a fairly canonical perfect, but still there are differences between the two languages. We hope our project research will tell us more about the Baltic perfect and what we can learn from it. Aspect in Baltic is a vexed question: as long as Slavic was regarded, in Indo-European studies, as the domain of verbal aspect par excellence, it was somehow tacitly assumed that this feature was, in fact, Balto-Slavic. In more recent times, after the typological work of Comrie, Dahl and others had yielded a better insight into the nature of aspect, many authors have flatly denied the relevance of this category to Baltic. But grammaticalization being a gradual process, Baltic may present us with an instance of an aspectual system in statu nascendi. In order to capture such a nascent aspect system, however, in-depth corpus-supported research, such as is rendered possible by the present project, is indispensable. The third category we will be dealing with is mood, i.e. the realis-irrealis distinction. Here we hope to gain a better understanding of the functioning of mood in complementation, which may, in its turn, contribute to a better understanding of the putative domains of realis and irrealis complementation.

Voice is a domain we have already extensively dealt with in the framework of the VARGReB project. Here we mean voice in the broader sense, encompassing valency-reducing (middles) and valency-increasing (causatives) operations. Every research project, while solving a number of problems, raises new questions, and we will now tackle a number of questions just adumbrated in the VARGReB project. The Lithuanian passive, so different in its use from the canonical passive of many European languages, remains mysterious in several respects, so that, again, we hope more empirical research will afford new insights. The middle voice, represented by reflexive forms in Baltic, is an extremely heterogeneous domain in which not all grams have been satisfactorily described in their interaction with the lexical material. Finally, non-canonical uses of causatives, a relatively productive class of verbs in the Baltic languages, also deserves to be investigated in greater detail in a broader typological context, and the data of the Baltic languages are certainly of typological interest. 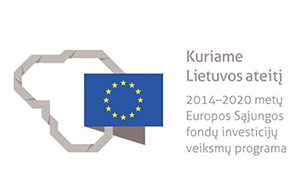 The project members will work in close collaboration, most or all articles will be written in co-authorship, and the authorial teams will regularly exchange manuscripts and comment on each other’s work. In this way we hope to optimize the quality of the research results and the texts in which they are to be presented; of course, there will also be an external review procedure.

The first volume of articles will be ready at the close of the second project year (2019), and the two other volumes should follow in yearly intervals.