It was early 2020, the deep end of the first lockdown when the email containing the magic words: “we are pleased to inform you that your proposal has passed this phase” landed in my inbox.  Just over six months into the Horizon 2020 MotherNet project (grant agreement No 952366 ), I can confirm that these months have been some of the most intense, strange and educational in my academic career.

Let’s have a little sneak peek behind the scenes of the Horizon 2020 networking project MotherNet. What sort of activities do participants engage in? What benefits do they bring? What are their uses?

The project that brings together Vilnius, Maynooth and Uppsala Universities kicked off in January 2021 online. By then we were all quite savvy with the online working tools, so the three day long online meeting didn’t feel all that unnatural. One of the challenges and possibly one of the greatest rewards of this project is its interdisciplinary nature. Scholars in fields as diverse as literature, cultural studies, film, English, German, French, Swedish, Russian, Lithuanian studies, linguistics, sociology, social work, medicine, law and business studies have come together to see how we can collectively provide some insight into the mothering conditions and experiences in contemporary Europe. This is no small feat, especially for those of us who haven’t had that much experience of interdisciplinary research – or in some case, much interdisciplinary academic experience at all! Figuring out how to productively combine the knowledge, know-how, theoretical approaches and methodologies of different disciplines can be really complicated, humbling and downright frustrating!  Therefore, creating interdisciplinary research clusters as early as the kick-off meeting has been one of the biggest achievements of the project so far. The research clusters so far include: Motherhood and Work, Negotiating Childlessness; Lone Mothers; Medical Humanities; Migrant Mothers; and Mothers and Sex Work. For the same reasons, a monthly interdisciplinary research seminar has been set up at Vilnius University that provides a platform for VU researchers to present and discuss their research with an interdisciplinary audience. This work lays the groundwork for interdisciplinary collaborations in terms of research projects and joint publications. It is already obvious that these collaborations will produce some important new knowledge, especially since the kick-off meeting and the first MotherNet Summer School at Maynooth University, run by Dr Ciara Bradley and delivered mostly by Maynooth University participants, included highly interesting and focussed training sessions in areas such as: narrative and engaged research; research ethics; maternal theories; academic publishing; case study research, critical discourse analysis; and many more. Separate sessions were held for research support staff to offer training on how best to support individual and collaborative applications for research grants.

In the month, many MotherNet scholars have disseminated their research at two international conferences held at Maynooth University – one on Motherhood and Work held in June and one on Doing Women’s Film and Television History. Dissemination of provisional MotherNet research results has been happening in other conferences across the world too. Furthermore, this year, a new BA elective module on Contemporary Motherhood and Fatherhood (in English in spring and in Lithuanian in autumn) was offered at Vilnius University. The module contains four units – Cultural Representations of Motherhood;Motherhood/Fatherhood and Human Rights; Sexual and Reproductive Health; and Mothering with Disabilities – and it has been really popular with students so far. A new module for the Master of Social Science Rights informed by research collaboration within the MotherNet has been offered at Maynooth University too. It explores continuing differences in the experiences of women and men in paid labour, with persistent wage differentials, occupational and sectoral segregation and unequal work-life balance; social protection and care; and analysis of the continuation or demise of the ‘male breadwinner’ model.

Another important aspect of the MotherNet project is its focus on Early-Stage Researchers (ESRs), i.e. postgraduate students. To this end, an Early-Stage Researcher (ESR) Forum, led by Professor Anna Williams and Dr Jenny Björklund from Uppsala University, has been established with the aim of offering a supportive network and opportunities for PhD students at scheduled and informal meetings. Two meetings took place online in the spring of 2021. The first meeting was entitled “National perspectives on motherhood and mothering”. It was based on the understanding that the three countries represented in MotherNet (Lithuania, Sweden, and Ireland) have different approaches to motherhood/mothering, different national motherhood ideals, and different ideas about feminism, abortion, childcare systems, balancing professional work and parenting, the LGBTQ+ community, etc. Thus, the ESR Forum members gave short presentations on motherhood in their respective countries, followed by a discussion. The participants were free to focus on aspects that they found interesting, and their introductions led to productive discussion, among other things about common grounds for further collaboration.

The second workshop aimed at enhancing academic writing skills by discussing work-in-progress by ESR members. Two members submitted samples of their academic texts (in English) in advance, and a rewarding discussion followed at the seminar. There are obvious benefits for the ESRs in meeting PhD students from other universities, sharing experiences about writing, doing research, the workplace, reflections about everyday life as an ESR, and future opportunities.

The MotherNet mentoring programme, run by Professor Margaretha Fahlgren, is another productive feature of the MotherNet. Thirteen mentor-mentee pairs have been formed;  a Zoom training seminar was offered for mentors and mentees by career and leadership coach Rabbe Hedengren of the Division for Quality Enhancement, Career and Leadership in academia at Uppsala University. Since that, the mentors and mentees have been meeting regularly and have worked on career development plans for the mentees.

Finally, one of the aims of MotherNet is to change perceptions about motherhood.  To this end, a series of MotherNet outreach events has been planned to coincide with relevant holidays and local and national events. The event Ššš, mama dirba (Hush, Mum’s Working), organised by Vilnius University, was scheduled to coincide with the Lithuanian Mother’s Day (the 1st Sunday in May) and took place online on 29 April 2021. Since the original event – the opening of the exhibition Portrait of a (Working) Mother featuring a round-table discussion on motherhood and work – had to be cancelled due to Covid-19 restrictions, the event was replaced with an online equivalent tailored to reflect on the situation of working mothers during the lockdown, as seen through their eyes of their children. Children were invited to send photos of their mothers at work. The pictures, as well as the strains of mothering (and parenting more broadly), were discussed in a forum of the children themselves, their mothers, one father, and a panel of experts.

You can find out more about the project and subscribe to the newsletter here.

This project has received funding from the European Union’s Horizon 2020 research and innovation programme under grant agreement No 952366. 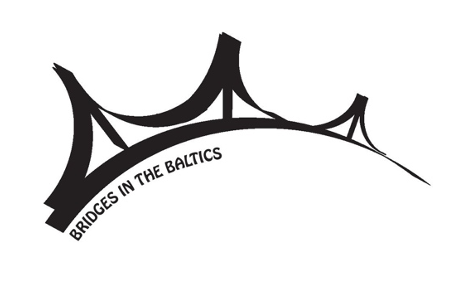 The 8th Baltic Student Conference Bridges in the Baltics is back this year and it is a hybrid! In 2021 it is organized in two formats: on campus and online. We hope to meet all of you face-to face on campus and enjoy a number of social activities together! However, if the bridges to the Baltics remain closed to some of you because of the pandemic, we will also offer lots of discussions, meetings and virtual hugs online.

The conference will be held on October 22–23, 2021 at Vilnius University. Its aim is to bring together students whose studies and research focus on the languages or culture of the three Baltic States, to give them the possibility to meet their peers from other countries and universities, to present their academic work and interests, to learn from each other and to make new contacts. The conference welcomes everyone who is currently pursuing a Bachelor’s, Master’s or PhD degree at any university in the Baltic States or elsewhere.

The conference welcomes proposals concerning any of the following aspects of the Baltic countries:

The working languages of the conference are Lithuanian, Latvian, Estonian and English. Everyone is welcome to give their presentation in any language mentioned above and we encourage using the languages of the Baltic States. However, the abstract and presentation slides should be in English.

Please forward this message on to your colleagues and peers who may be interested in attending!

We are looking forward to seeing you in Vilnius!

We invite you to a virtual mee

Grab your cup of coffee and join us!

Interested? The 2nd Edition of Arqus Café begins on March 22nd with a new timetable and new languages offered.

Here you can find more information and register for any of the Arqus Cafés in different languages.

On the 11th of March Lithuania celebrates its 31st anniversary of the Restoration of Independence. The day is close to my heart and to the hearts of many of you. I would like to extend my warmest greetings to you all who have been together with us through all those years, who are ready to share our joy today and move further. We all deserve to have a break in our daily routine and celebrate our growing children, budding orchards and our country becoming stronger each day.

Let us celebrate together!

Inesa Šeškauskienė
Dean of the Faculty of Philology 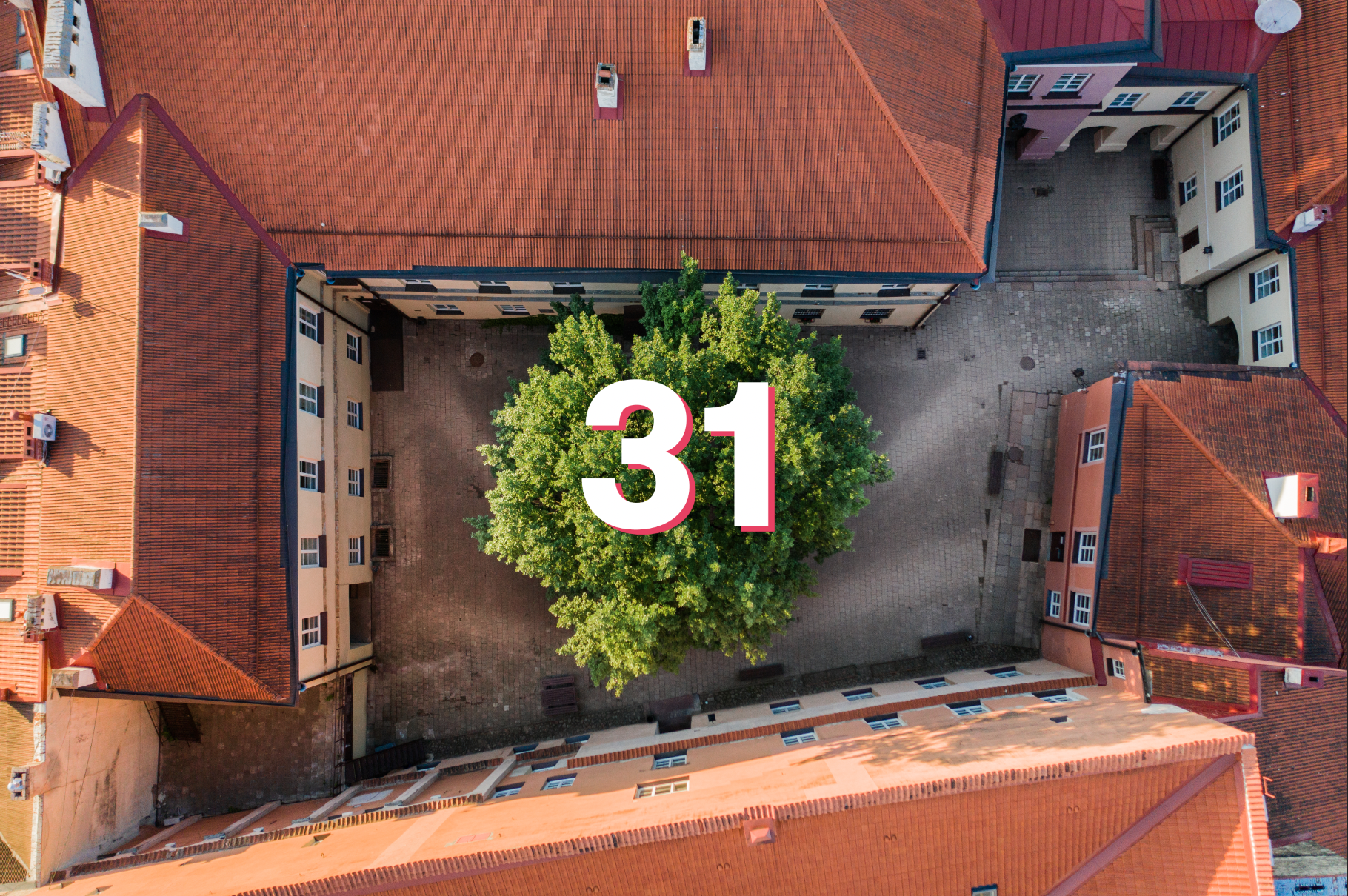 The exercises of the GUS subject The Bible in Western Literature retake must be sent to the professor no later than February 12, 3 p.m. via e-mail.

We would like to inform you that applications are now open for 2021 Türkiye Scholarships! Find more information >

We also share infographics with you in Turkish and English Language: 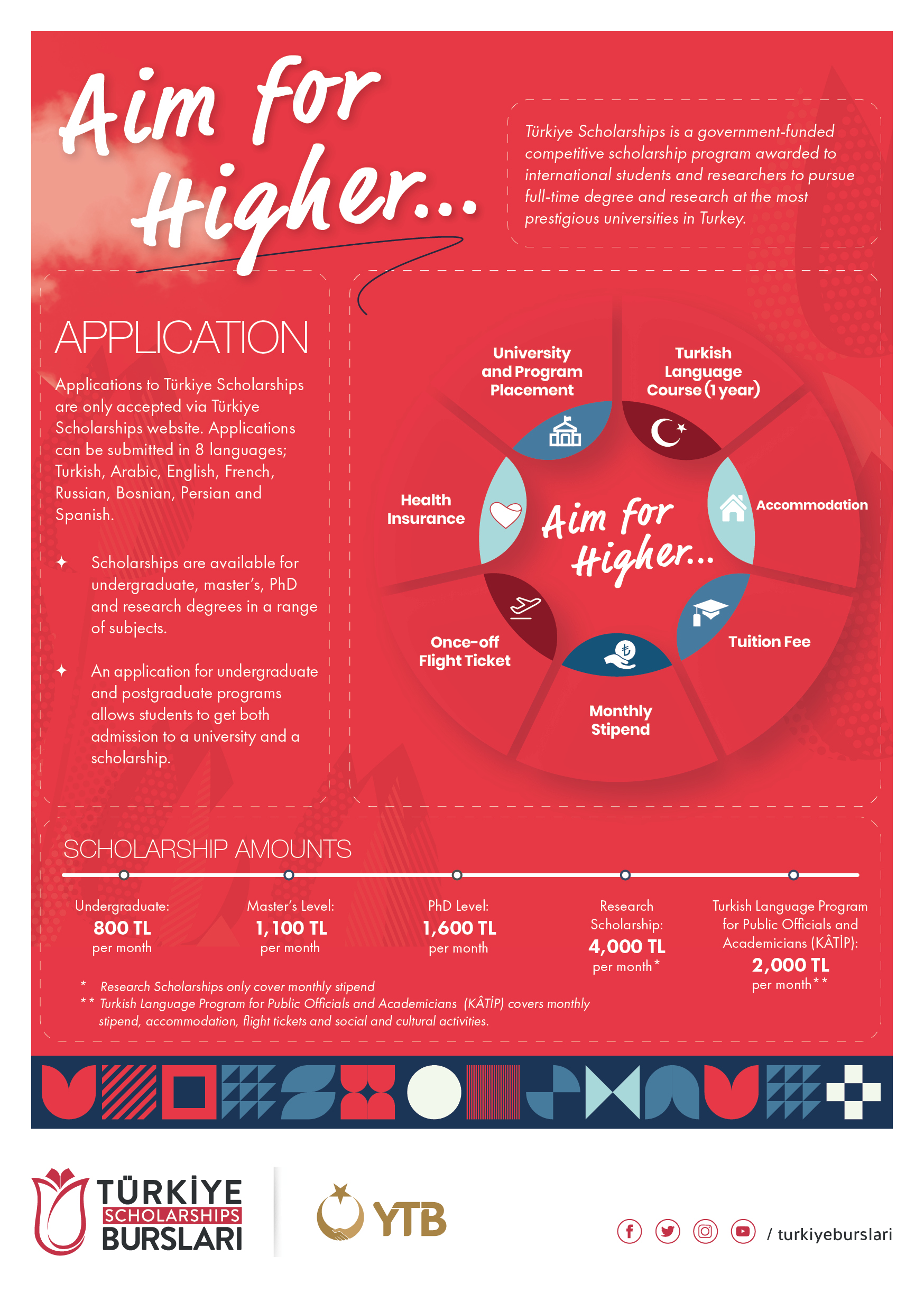 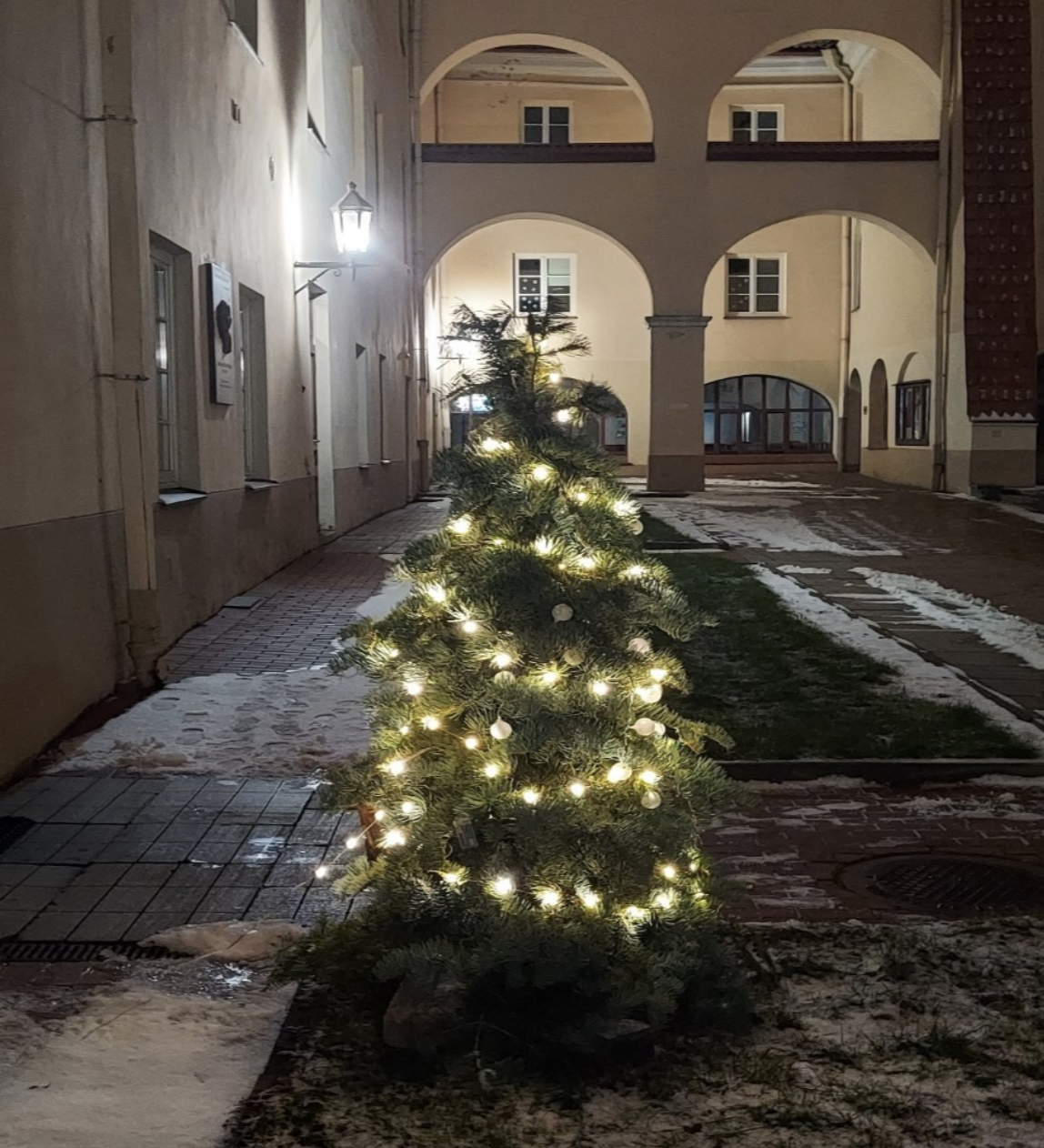 With the festive season approaching so fast, we tend to look back in search of meaning in our work and of meetings with people. We also look forward to a better future, more light, more joy. During this awkward year we have realised how important human communication is, how meaningful are moments of small talk over a cup of coffee and of truth, resulting of a long-lasting discussion with colleagues.

I wish you all could experience moments of joy upon becoming aware of the value of communication, of joint effort when coping with difficulties. We are passing into the New Year stronger, because we are more experienced and skilled, wiser, because we are better equipped to discriminate between long-lasting values and trite clichés. I wish we could maintain peace and the spirit camaraderie throughout the entire year of 2021.

I sincerely thank you for all your effort this year and hope for a close cooperation next year, opening new horizons to each of us and all at Vilnius University!

Inesa
Dean of the Faculty of Philology

We are announcing the list of Open elective subjects offered to BA and MA students at the VU Faculty of Philology in the spring semester of the 2020/2021 academic year. These subjects can be chosen according to the individual study plan instead of the elective subjects provided in the study program.